In a sign that wheat markets especially have become very reactive to the war in Ukraine, Chicago wheat markets have fallen to limit down levels, the maximum movement allowed within a single trading day. Headlines, regardless of conformation or enaction of potential ceasefire deals, and possible neutrality plans have been enough to dent grain markets while stocks also recovered.

COCERAL March estimates are for EU27+UK wheat production (excluding durum) to reach 141.3Mt, up from the 139.8Mt in the previous forecast but down from last year’s 143.2Mt.

With Chicago wheat down, Paris milling wheat has also been under pressure, alongside corn markets and what has been a continued slip to crude oil markets. While the Russian invasion has been supportive for energy markets, Covid cases in China and knock-on consumption outlooks will be key for crude oil demand. 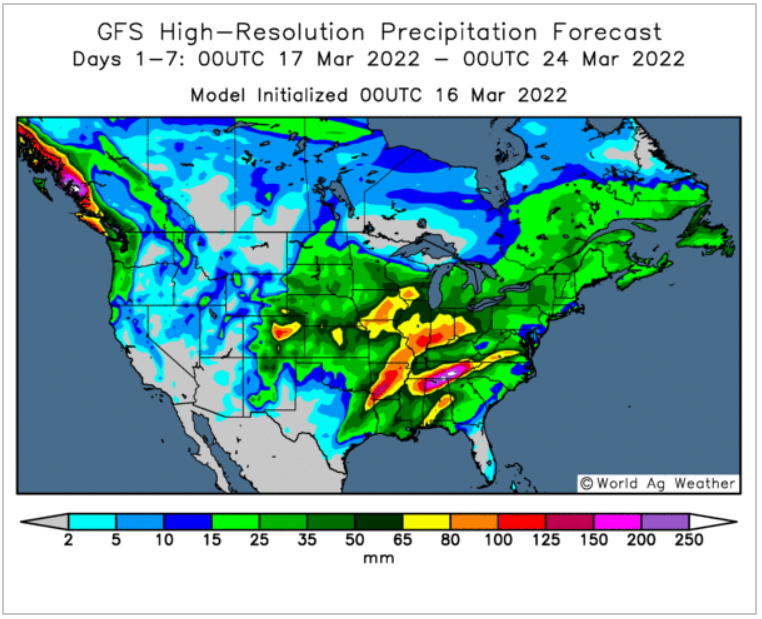