As the 2022/23 harvest is nearing completion in the Northern Hemisphere and rapidly approaching for Australia, updated official area and production estimates are providing greater clarity and confidence in supply for 2022/23.

The release of the English arable cropping area data for 2022, highlighted an increase in wheat and oilseed rape area. Read the full report here. Overall, the June survey met expectations and we broadly agree with the USDA’s official estimate for UK wheat production at 14.6Mt. 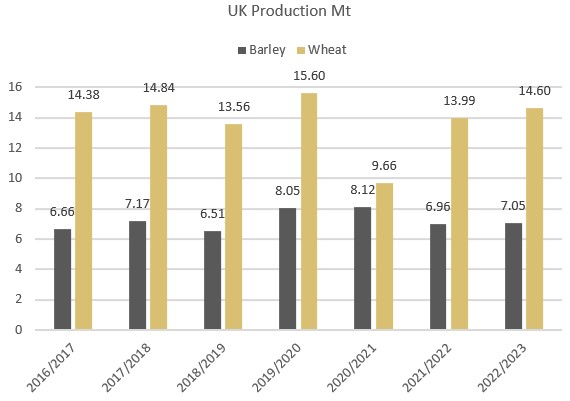 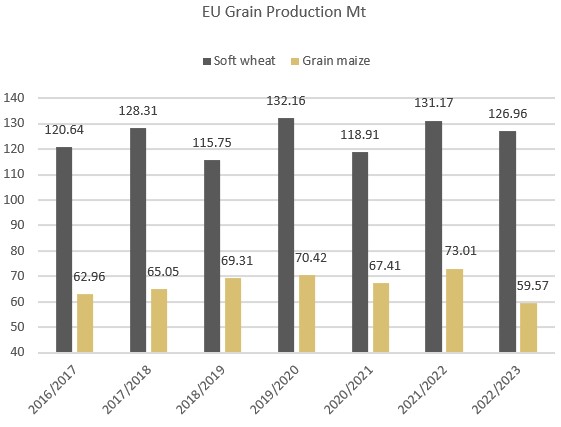 While winter crop production estimates have been broadly encouraging overall, the spring drought took its toll. Grain maize production estimates of 59.567Mt has declined to potentially the smallest crop since 2015, significantly lower than the 73.011Mt in 2021 and 67.407Mt in 2020. Sunflower production also fell year on year to 9.991Mt, down from 10.335Mt in 2021. 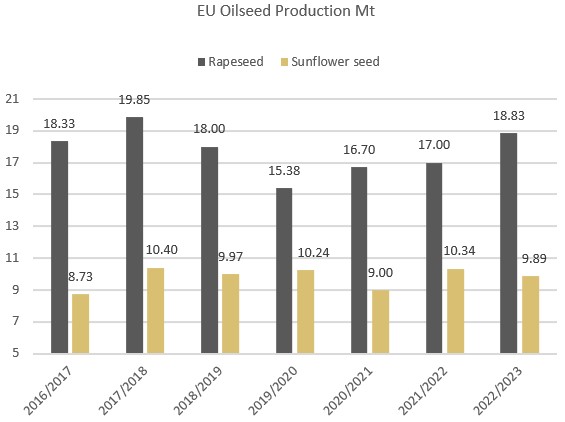 The next USDA production outlook will be updated next week with the September WASDE, but August has injected a degree of uncertainty surrounding corn yields.

The ProFarmer US tour yield estimates for corn differed significantly from the USDA’s provisional yield estimates as crop variation is large this year following patchy rain and extreme heat.

While corn yield estimates have been varied, for soybeans ProFarmer yield estimates roughly matched USDA’s production forecasts. The USDA’s current production estimate at 123.302Mt is up from last season’s 120.707Mt and again higher than in 2020/21 at 114.749Mt. 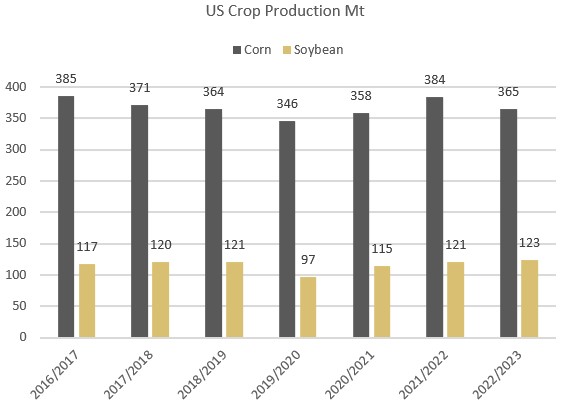 In Statistics Canada’s latest update at the end of August, production estimates increased for the majority of grains and oilseeds.

Like with canola, wheat production estimates have also rebounded from last year’s drought. Wheat production is estimated at 34.571Mt, up from 22.296Mt last season and back to levels close to 35.437Mt in 2020. 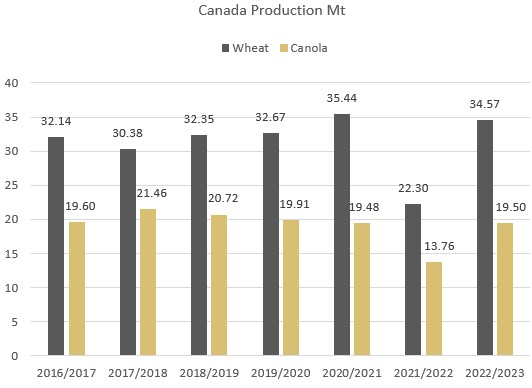 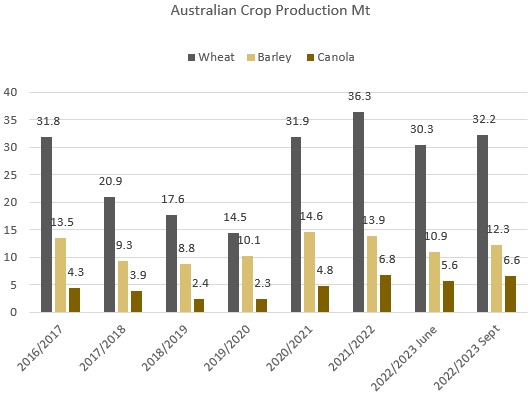