In the latest GB October animal feed production statistics, overall production has fallen to the lowest level since 2016/17 as both the pig and poultry sectors decline. 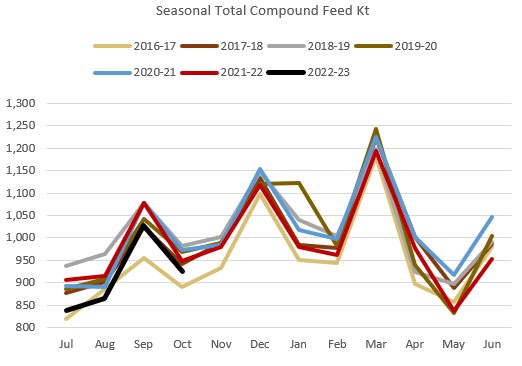 While October historically is a month of minimal demand before picking up again in November and December, the degree to which pig and poultry demand has decreased has been a concern for domestic demand. 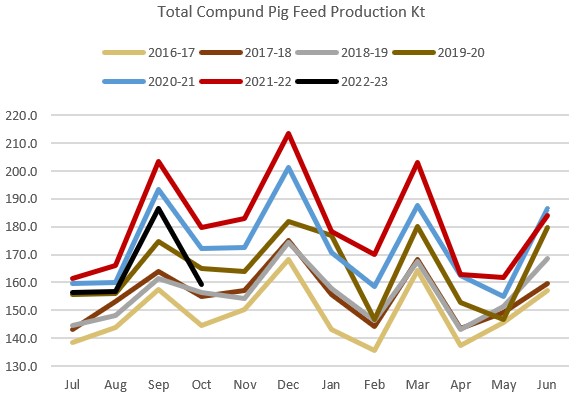 October total compound pig feed fell to 159.4Kt and the lowest monthly volume since 2018/19. Seasonally, and we expect production to have recovered into December, but with production having fallen in October by 11% year on year, and a depressed level of demand is set to continue. 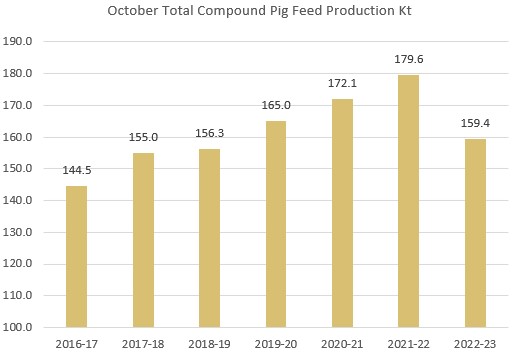 While compound pig production has fallen by 11% year on year, the impacts of higher feed costs and avian flu have resulted in a 4% year on year decline in October poultry compound feed production falling to 314kt and the lowest monthly volume since 2015/16, however, while down 4 year on year, at 314kt, this is down 11% from the peak of demand in 2019/20. 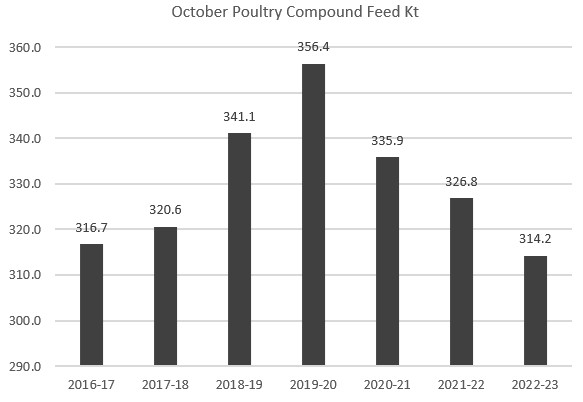 Integrated Poultry Units have also recorded a fall in feed production, with monthly volumes falling to 162Kt and the lowest volume since 2018/19. 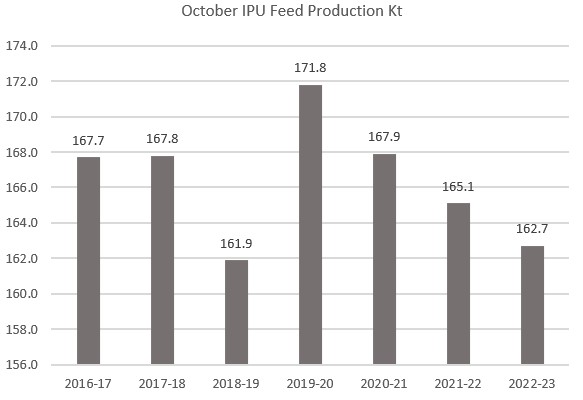 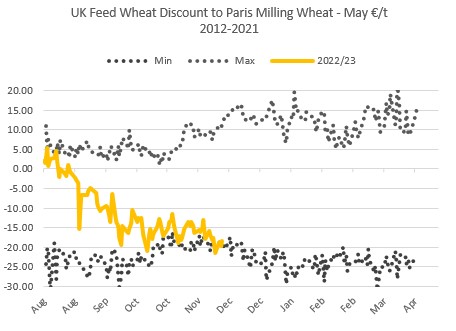