While bullish positions in grains were trimmed, Managed Money took an increasingly bullish stance toward soybeans and oilseeds last week. Brazilian yields and production estimates continuing to push markets higher. At 183k long contracts held, this is the most bullish Managed Money have been toward soybeans since December 2020. 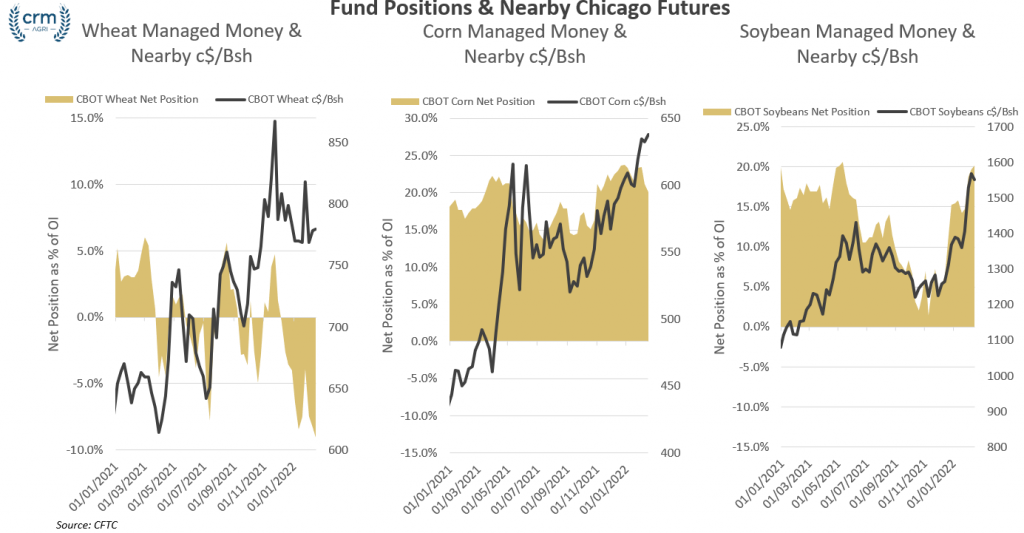