In the Defra June Survey for England, a recovery in wheat yields, higher than would have been expected given the challenging conditions of drought and heat, has resulted in the largest crop since 2019.

Wheat yields across England at 8.6t/ha falling just shy of 9.0t/ha in 2019 and above the 5yr average of 7.9t/ha, which combined with a recovery in area has resulted in a 14.41Mt English wheat crop, the largest since 2019 and a recovery in supply.

Barley production at 5.24Mt is also a recovery in production from last season’s low, but falls just shy of the previous 5yr average.

Like with barley, oat production for England at 0.82Mt is within expectation and within the previous three seasons’ narrow range of production between 780kt to 900kt.

Oilseed rape production has recorded a marginal recovery to 1.2Mt harvested in England, up from last season’s low of just 0.84Mt, but still substantially behind the 2015 high of 2.37Mt. 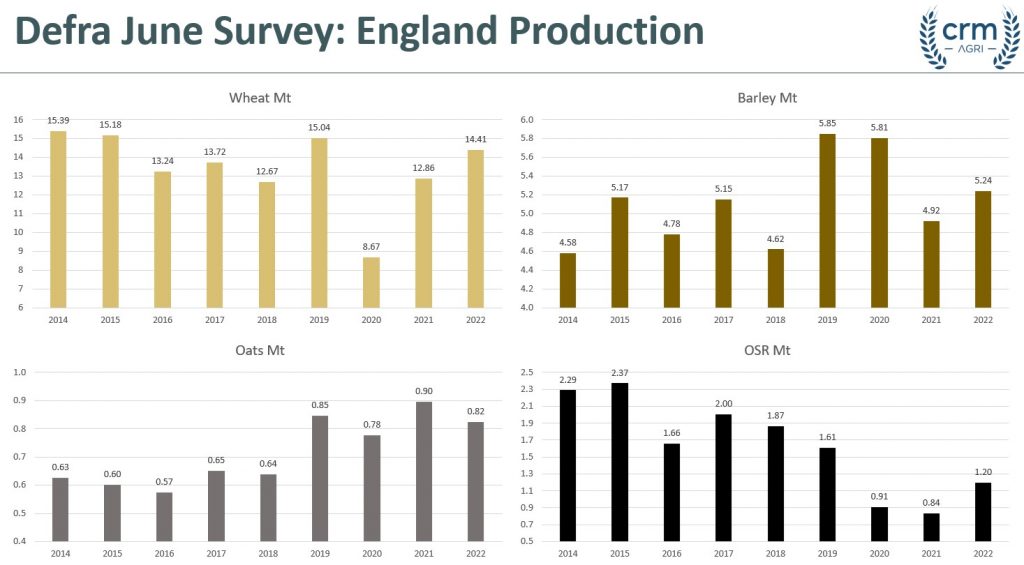